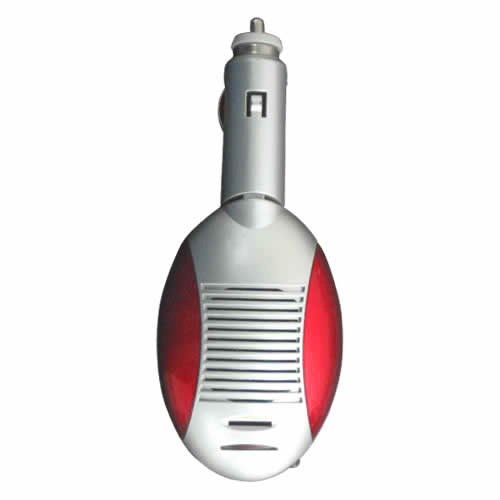 The Car Mate can produce ≤0.05PPM ozone which can quickly and effectively kill all hazardous germs and eliminate various chemical gases and foul smells.
Ozone has strong oxidative ability and it can quickly and thoroughly eliminate the hazardous gases and smells in the air. Ozone will react with the hazardous gases of formaldehyde, carbon dioxide and xylene for degradation and oxidation while the byproducts are nontoxic and harmless which have avoided second pollution.
A car purifier can produce ozone with the density of approximately 0.05ppm and the density which can be felt by human beings is approximately 0.1ppm. The relevant tests have proved that a person who has contact with ozone of this density for continuously 10 hours will suffer no harm or damage to the health. There has never been one case of poisoning by ozone in the world since the use of ozone for over 100 years.